I really suck at updating with this. The pictures are still took on time though, mostly. :3 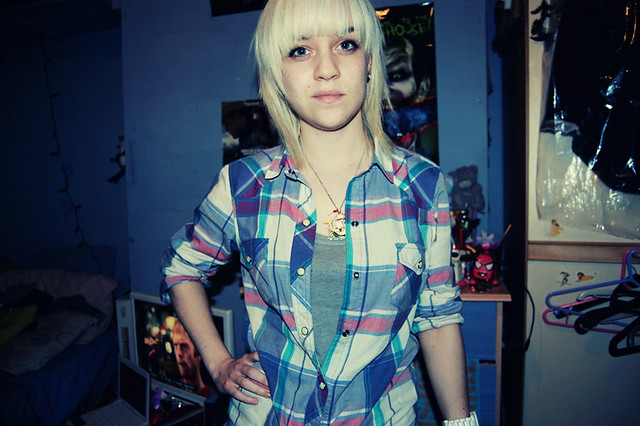 Lazed around for a lot of the week then worked the rest. Saw Season of the Witch with Beth and was suprised that it was actually quite good. :)

Also saw Tangled on Sunday, which is pretty amazing and I probably laughed far too much. But its so cute! 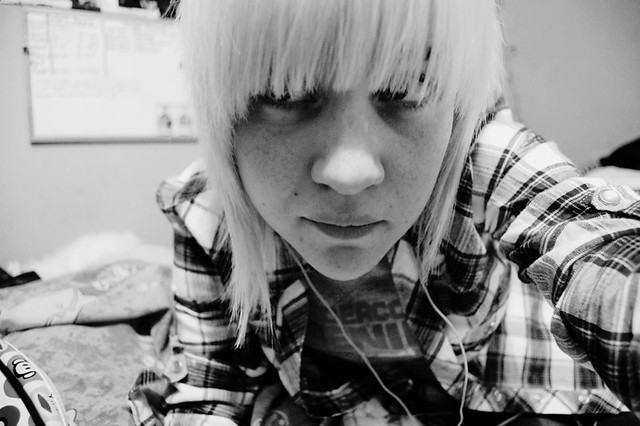 5/52
I still can't believe this is the only picture I took that week, it's so bad >.<
Worked a five day week and got called on a spontaneous shopping trip to Outfit friday with Ray. Brought a shirt. But it was in the sale...as were the supposed to be £85 boots I brought when I got home. I did manage to get them for £45 though! Went out drinking for Vicki's birthday Saturday night. Got rather drunk on Jager and cokes and nearly fell over a wall. Good times. :D 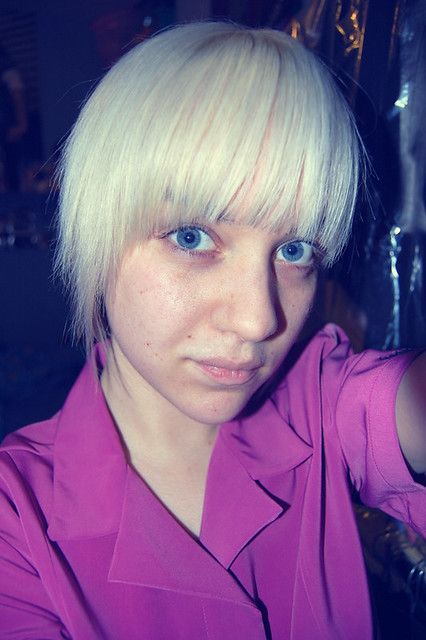 3/52
Worked Tuesday - Saturday, so basically just worked and slept apart from Monday when I went shopping with Ray in Birmingham. That gorgeous pink top is my work uniform btw, oh yes. :D 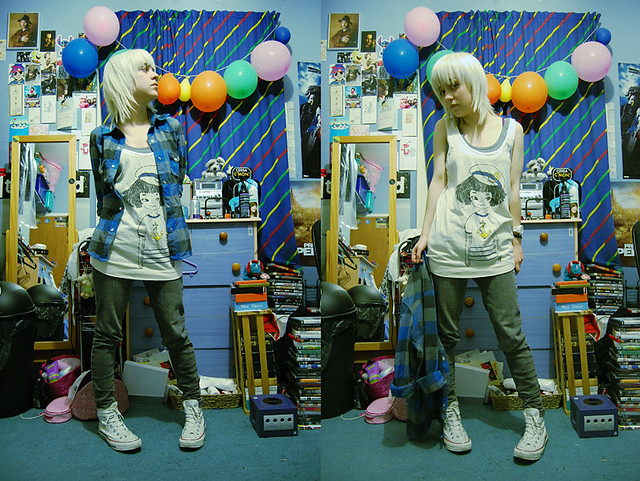 Got that vest from Forever 21 Monday, it's so cute. I want her little sailor hat :3

I don't have much else to add tbh. The exciting life I lead!

LOL it's only the second week and I'm already behind, whoops oh well. Here goes.

This year I've decided to attempt the 52 Weeks Project. Taking a self portrait every week of the year. Also to give myself a complete kick up the backside I'm attempting a sort of 52 Outfits Project too - wearing and photographing one decent, thought out outfit every week.
I got given my uniform at work this week and I'm going to be in it until November so I figured I should make more of an effort with my own clothes. 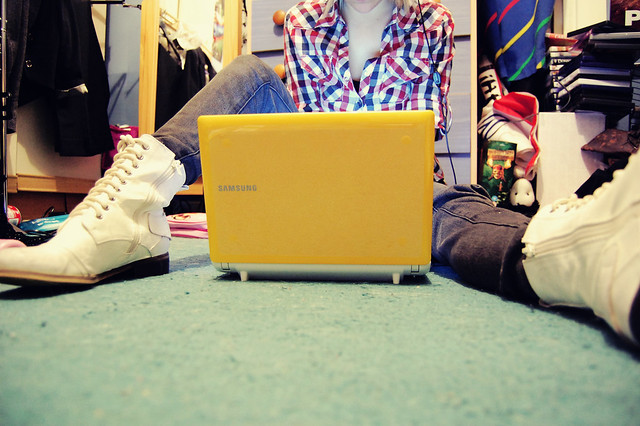 Oh yeah my pretty new laptop came! I've called it Pikachu on the advice of a good friend. :3

Hopefully I can keep up with these this year!
Got 27 hours at work next week, 5 days Tuesday - Saturday. Nice easy week to ease me back in after my week off, obviously XD

It's all money for the holidays I'm hoping to get in the summer :D

I'm always so lazy about getting up pictures from the main photo opportunities in the year. Oh well, here is a mostly picture version of Christmas, New Years and the bits around them.

My job has been kept on for a year. Which is yay for moneys and a reason to be awake but a nay for blue hair and piercings. In perspective though; it's also a yay for new clothes, games and potential cameras. So I guess things even out. :)

Also also, I'm probably going to attempt the 52 Weeks Photo Project, I need something to do seeings as my poor Flickr and camera are being pretty neglected lately. I also (favourite word) want to try and take a photo of at least one decent outfit every week. Considering my laziness and the fact that you can't actually see my floor at the moment I'm not sure on the chances of either of these but we'll see.

OH Ordered a new Netbook! It's YELLOW and should be here the end of the week, so yay for portable internet again!

ITS SO PRETTY OMG

In other news: I've been working.
And then I come home, eat and crash out. Also my camera battery's nearly dead aaaand my netbook is broken.

MY BABY IS BROKEN

So I'm using the old computer and gramps is a little slow these days.

I will do an update soon! There's bound to be some stuff knocking around I can post about!

Had my induction at Bodycare today; worked the rest of the day.
Lots of refilling shelves and unpacking deliveries to put on shelves...then straightening up everything on the shelves.

Guess what my job is, aha :P

It's 10 hours+ for six weeks until Christmas Eve, so money for decent Christmas presents for once!

I also saw Linkin Park last week. ~*WHICH SOUNDS LIKE THIS IN MY HEAD*~
They've been my favourite band since I was about 14, and they were incredible. They played pretty much all their best old songs, and some of their newer ones too. When they played Numb followed by Breaking The Habit (my total favourite song ever) I screamed so loud Beth thought I was being murdered.
I see that as a successful night :D

See Paramore tomorrow, not supposed to be in work again until Friday but there's a chance I might get called in.
Which is obviously why I'm sleeping now instead of watching really crappy films and updating this. :)

I am bored and missing being out so I'm posting the pictures from last week's Halloween quiz.

I finally got my Zombie Stopmotion finished! (With a friend on makeup duties :D)
Yeah it took forever, but I'm quite proud of it. Even though Flickr cut off the last 20 seconds and Youtube told me off for using the song :P

Waiting for my friend to come over and do Zombie makeup so I can finish my stopmotion.
It's wet outside though :(

I got a job! ...Well a 6 week Christmas job, starts next month until Christmas Eve. But at least I'll have money again for a while, and I thought I bombed that interview, so it's nice to know I didn't.

Halloween Quiz on Thursday! Myself and good friend Beth are going as Wayne and Garth, as was the pact :P

Friday is Nandos and (more) drinking - Then Saturday is hungover Snowdome for Adrenaline Tubing!! ... Oh dear. ^^;

Don't think I'm actually doing anything Halloween night though, so it'll probably be another movie night by myself! Good times :)
Collapse